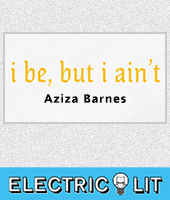 A Moveable Canvas: Romantic Irony and the Poet’s Milieu 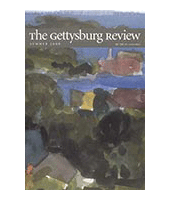 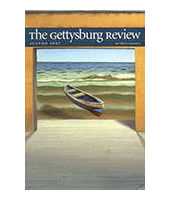 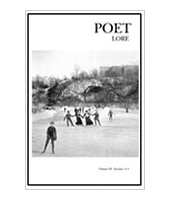 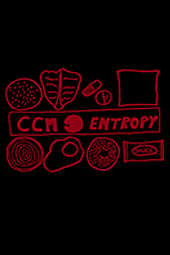 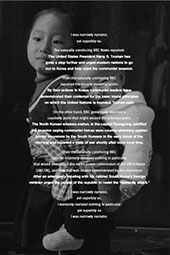 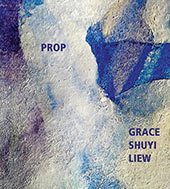 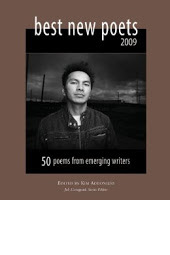 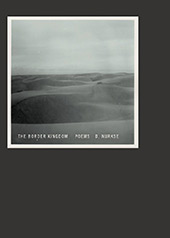 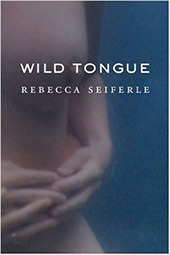 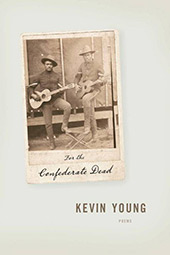 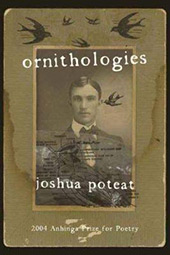 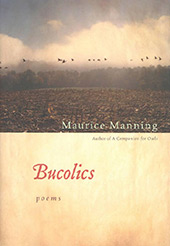 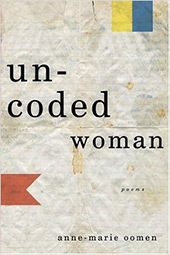 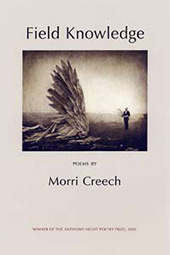 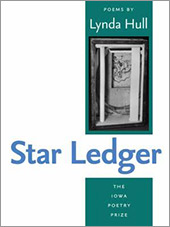 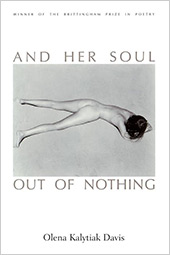 If your only encounter with Chen Chen is his poem, for i will do/undo what was done/undone to me from Best American Poetry 2016 (published in [PANK]), let me disabuse you of any notion that this poem represents a moment of particularly intensified emotion for the poet. More… 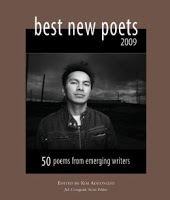 If while reading Caitlin Doyle’s poetry you suspect everything is not as it seems, encountering “First Apartment,” an argument as concise as a Shakespearean sonnet, will throw down the gauntlet decisively. As with many of Doyle’s poems, it is benign fun on the...

To be a poet is to be interested in something other than ourselves. In his book Walking Light, Stephen Dunn insists that poets must enlarge their sense of the personal to include “the kindred and alien experience of our fellow humans – everything we’ve read about, observed, or overheard that impinges on us – not to mention our daily engagement with the less than visible half-known world that we vaguely apprehend. In short, all that is not ours until we’ve found words to make it ours.”

How does the poet gain access to the half-known world? D. Nurkse’s worthy and luminous efforts permeate The Border Kingdom, a collection organized around an investigation of states of limbo. It is an inquiry into suppression, competing desires, the struggle against borders, and the struggle of living within them. Using image and archetype as catalysts, experiences – both alien and kindred – become uniquely limned in the mysteries of this numinous realm.

In the poem “At High Falls” an image of a hawk does strenuous work and has a hard wrought beauty besides:

A migrating hawk memorized us,
wheeling, and left its faint cry
in the ribs of the brass bed.

Consider the dimension of the hawk in these three lines. It is, first, an image that can be placed without much trouble into real life: it is bird that exists; it flies in a sky that is presumably blue and situated in a somewhat overhead position. But more than simply appearing, the hawk memorizes the couple in a predatory pause, capturing what has passed but lives on (in our memory, in the mind of the hawk, on the page) and the scene becomes transitory in an instant. That its cry, left in the lovers’ bed, infiltrate the “ribs” of the bed connote not only a penetrating depth, but something unnervingly skeletal: the hawk is a harbinger as well. All of these characteristics inform the relationship taking place within the poem. Sadness and nostalgia are made visible through an image intricate enough to hold this additional insight.

The hawk also contributes to the poem’s mysterious cast. Lorca sought a “visible mystery” – an aesthetic entered into as escape, or evasión, as he expressed it – as he sought to write “diaphanous” poetry directed by a poetic logic, not a human logic. When an image cannot be placed into real life, it is deemed surreal, and Nurkse, despite his realistic images, is awash in the waters of Spanish surrealism. The hawk is as much from the unconscious as it is from the sky. Poetic logic begins to take over the poem as it gains momentum and moves toward new knowledge.

Another advantage of the image is that the reader places her confidence in its power, not in the speaker’s impressions or emotions. Its value is in its objectivity – we don’t question the motives of the hawk in providing this new data. Here is Bashō, to whom the objectivity of the image was paramount:

Felling a tree
and seeing the cut end – ……
tonight’s moon.

The reader doesn’t question the motives of the tree. The natural world stands on its own, independent from interpretation. That it provides an impression of the moon through its shape and color is hardly disputable, but its mystery, which arises from what is not in this poem, is the source of its beauty. So to, the poem “At High Falls” tells of events, not emotions. This strategy distances the poet, providing a vantage point that enables him to assess to what extent he is involved in what he is describing. In “High Falls”, the “us” of the poem is subordinated in favor of the external world. Similarly, many of the images in this collection – the hawk, paper cups stained with Montepulciano, an oyster shell – provide a scrim of distance. This distance moves the reader away from the realm of the personal and toward a larger, communal realm of human experience. Effective images also provide the propulsion to leap from what is known to what is unknown – from a cut tree to tonight’s moon. Such leaps are intended not to assemble random relationships within a single plane, but provide a link of continuity between two worlds. They help the poet gain access: the quotidian experience becomes a rite of passage into archetypal experience. My experience is our experience, the poet proclaims.

Archetypes unlock the door to the half-known world – they are the universal dream that clarifies without need of verisimilitude. Jung, the arbiter of the archetypal experience, asserts that a person who speaks in archetype speaks in a voice stronger than her own. Nurkse’s use of archetype provides the personal – those “kindred and alien experiences” – broader and deeper reach. For example, the collection begins with classical states of limbo, among them the Great Crusades, and ends with a contemporary limbo, before a potential bombing (“this crusade, this carnage”) while the rains of warheads spiral in the moonlight “but they may never land,” as well as a personal limbo (“Hardly had I died / when I found myself driving”). The voice achieved is stronger, amplified, elevated…from the occasional to the eternal realm. For Jung, this is the source of true art.

At its core, “Sacrifice” is no more than a personal childhood anecdote, but one lashed to the numinous world. The brew of pleasure-regret is the remains of the centrifugal force that comes from innocence lost, no matter the scale. Following the poem’s first real discovery, in which the speaker finds that the backs of the stuffed rabbit’s eyes “shone just as bright as the staring pupil,” the pulse of momentum is felt like an accelerator’s punch, allowing for the ravages that follow. In the final discovery, an alternate realm is apprehended. This creates the poetic moment where the mystery – that border town between known and unknown – resides.

How angry we were
at the stuffed bunny
for making us love it
night after night.

We ripped off an ear,
tore out the stuffing,
scattered it in handfuls,
prized out an eye
to roll in our palms.

The back, which we had never seen,
shone just as bright
as the staring pupil.

We licked our fingers
and teased the empty socket.

Night fell.
We listened for footsteps.

When they came
they were the same as ever,
just the blood beating in the mind,
but the silence was utterly new.

We entered it
as you might sneak through a door,
answered it, as if it were a voice—

yet it was just silence
and we could no longer change it
by laughter, tears,
or any silence of our own.

Poetry is most commonly the realm of a single speaker, and the line serves as the primary unit of the poem. However, examples of the primary unit being subordinated, subjugated, or challenged by the presence an interlocutor are close at hand, from Poe’s outspoken...

END_OF_DOCUMENT_TOKEN_TO_BE_REPLACED

In Joshua Poteat's poem "Hitchhiking in the Dying South" from Ornithologies, the poet is reminded of an accident along the road. Without veering too far from the matrix of the poem, Poteat constructs a landscape that both enlarges and compresses, as an accordion; he...

END_OF_DOCUMENT_TOKEN_TO_BE_REPLACED

Maurice Manning writes captivating characters, and the single speaker in his collection Bucolics is one. He is less character, however, than figuration – son of an archetypal foundation laid by Job, and Job’s derivative, Hamlet. While to place the overlay of archetype...

END_OF_DOCUMENT_TOKEN_TO_BE_REPLACED

Anne-Marie Oomen & the Creation of Characters

END_OF_DOCUMENT_TOKEN_TO_BE_REPLACED

Variation is predicated upon pattern: once a pattern is established, it can be varied. Giving shape to chaos is one of the multitude effects of this compositional technique. Whitman gave shape to the chaos of his catalogues through a patterning anaphora; Eliot gave...

END_OF_DOCUMENT_TOKEN_TO_BE_REPLACED

It is hard to separate Lynda Hull from her fraught biography of addiction and her early death. Her praise is never without darkness, her confusion never without an attempt at clarity, her triumphs of clarity never without a subtext of chaos. The complexity of emotion...

END_OF_DOCUMENT_TOKEN_TO_BE_REPLACED

Gregory Orr has described the lyric poem as the I’s perception of a single incident in which the poet was overwhelmed by extreme emotion and disorder. (Wordsworth also refers to the lyric as a “spontaneous overflow of feeling”, but I appreciate Orr’s addition of...